E-cigarette users in UK have 'tripled' since 2010

The number of people who use electronic cigarettes in the UK has tripled over the past two years to 2.1 million, a health charity estimates.
It says just over half of current or ex-smokers have now tried electronic cigarettes, compared with 8% in 2010.
Action on Smoking and Health (Ash) surveyed more than 12,000 adult smokers.
A separate study found that most e-cigarette users were using them to reduce smoking.
Use of e-cigarettes among people who have never smoked remains small at 1%, Ash said.
Ash has commissioned a series of surveys on electronic cigarette use since 2010, with the latest survey conducted in March.
Of those now estimated to be using electronic cigarettes, around 700,000 are thought to be ex-smokers and 1.3 million to be using them alongside normal cigarettes or tobacco.
Current smokers using the cigarettes regularly have risen from 2.7% in 2010 to 17.7% in 2014.
When ex-smokers were asked why they used electronic cigarettes, 71% said they wanted help giving up smoking. Among smokers, 48% said wanted to reduce the amount of tobacco they smoked and 37% said they used e-cigarettes to save money.
Smoking rate fall
Deborah Arnott, chief executive of Ash, said: "The dramatic rise in use of electronic cigarettes over the past four years suggests that smokers are increasingly turning to these devices to help them cut down or quit smoking. Significantly, usage among non-smokers remains negligible."
Another study, The Smoking Toolkit Study, which covers England, has found that electronic cigarettes are overtaking the use of nicotine products such as patches and gum as an aid to quitting smoking.
It also found that the proportion of smokers who gave up smoking in the past year had increased and smoking rates in England were continuing to fall.
Study leader Prof Robert West said: "Despite claims that use of electronic cigarettes risks renormalising smoking, we found no evidence to support this view.
"On the contrary, electronic cigarettes may be helping to reduce smoking as more people use them as an aid to quitting."
Ms Arnott added: "While it is important to control the advertising of electronic cigarettes to make sure children and non-smokers are not being targeted, there is no evidence from our research that e-cigarettes are acting as a gateway into smoking."
Ash's survey suggests that most electronic cigarettes users, or "vapers", use a rechargeable product with replaceable cartridges or a reservoir.
Simon Clark, director of Forest, a group that supports smokers, said it welcomed the rise of e-cigarettes and was glad people had a choice of what to smoke.
But he suggested that most smokers using e-cigarettes were experimenting with them rather than using them to give up smoking altogether.
"We haven't seen a significant fall in smokers. Most smokers still find electronic cigarettes quite basic and it will take a few more years for the technology to improve."
Publié par Aula Cero Idiomas à 10:59 Aucun commentaire: 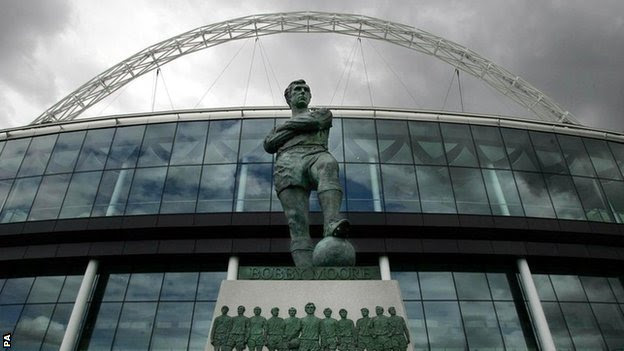 The Football Association has submitted a bid for Wembley to host either the Euro 2020 semi-finals and final, or some group matches.
The English bid has been submitted to Uefa ahead of the midnight deadline, while Wales and Scotland have also bid for group matches.
It was announced in December that the European Championship would be held in multiple cities across Europe.
Uefa will announce the 13 host cities at a ceremony on 19 September.
FA general secretary Alex Horne said: "We are bidding for either of the two packages available and, with our recent experience of hosting two Uefa Champions League finals in the last four years, we believe that Wembley Stadium and London represent a strong bid for Uefa to consider to mark the tournament's 60th anniversary.
"We recognise Uefa is considering many strong bids from a number of candidate cities and we welcome the opportunity to put forward our bid."
Scottish Football Association chief Stewart Regan said earlier in the week that it was"highly unlikely" there would be four winning bids from the United Kingdom and Republic of Ireland, which will also submit its bid on Friday.
Both Scotland and Wales have applied to host group stages matches and a last-16 tie for the 24-team tournament.
A number of the 32 countries who initially registered an interest have dropped out of the running, including Portugal, Poland and the Czech Republic.
Publié par Aula Cero Idiomas à 08:45 Aucun commentaire:

Beginning of the end for Japanese whaling?

Three Japanese ships have returned home at the end of the annual hunt for whales in the Southern Ocean. Japan has said they will not set sail again next year, after the International Court of Justice said the hunt was illegal.

The US created a text message social network designed to cause unrest in Cuba, according to an investigation by the Associated Press news agency. ZunZuneo, called the 'Cuban Twitter', had over 40,000 users in a country with limited access to the internet. The project is thought to have lasted from 2009-2012.

Two men carrying a briefcase filled with fake bonds have been arrested by Vatican police after they tried to gain access to the Vatican bank. They were dressed in business suits and claimed to have an appointment with bank officials, but they were handed over to Italian police after questioning by Vatican security officers.

It could be story from a Hollywood movie: a man alone at sea for more than a year, killing animals to stay alive. That's what Jose Salvador Albarengo from Mexico says happened to him when he was trying to sail to El Salvador.

Applying for a job?

Do you have an interview for a job vacancy?
Are you nervous because you do not know what are you going to be asked?
Here, you will find some of the most popular questions when facing an interview.

1- Tell me about your greatest achievement at work.

2- Describe the work environment in which you will most effectively be able to contribute.

3- Tell me about a time when you had to overcome a major obstacle that stood in the way of you accomplishing a goal or commitment.

4- What prompted you to apply for this job? What interested you the most about this position?

5- Why are you leaving your current employer? (If you are employed)

6- What are the three most important attributes or skills that you believe you would bring to our company if we hired you?

7- What are the first three things you would do on the job if you were hired for this position?

9- How would your current boss describe your work and contribution?

10- How do you believe that your current skills will contribute to the accomplishment of our company's goals?

11- How do you go about continuing to develop your professional skills and knowledge?