International Women's Day 2017: What is it, how did it start and why is it so important?

What is International Women's Day?


International Women’s Day is a worldwide event that celebrates women’s achievements – from the political to the social – while calling for gender equality. It has been observed since the early 1900s and is now recognised each year on March 8. Is is not affiliated with any one group, but brings together governments, women's organisations, corporations and charities.

The day is marked around the world with arts performances, talks, rallies, networking events, conferences and marches. Last year, there was a Google Doodle marking the celebration featuring women and girls across the world who complete the sentence ‘One day I will’, talking about their dreams and ambitions. 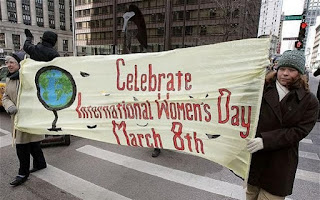 
There are a host of free and ticketed events taking place across the capital today, including talks, workshops and film screenings. Hear from inspirational women such as award-winning filmaker Gurinder Chadha, and leading female business figures to discuss women's appearance in the workplace. For a full list of events in your local area, check out the official International Women's Day website. If you can't attend an event in person, keep your eyes on social media for live streamed events, such as The Body Shop's panel discussion: How can business be a force for good? Tickets for the Southbank Centre's Women of the World Festival, taking place until the 12 March, are also on general sale this morning. Take your pick of the best talks, exhibitions and concerts celebrating women worldwide.

What's happening around the world?


Spurred on by their success in January, the organisers of the Women's March on Washington have launched a new campaign: A Day Without Women. They are encouraging women in the USA and worldwide to strike from work on 8 March in protest at the economic inequality, prejudice and insecurity faced by women in the workplace. They are also encouraging women to wear red to show their solidarity with the movement.

Industrial action is also being encouraged by the International Women's Strike organisation, which has branches in over 20 countries. Inspired by the March on Washington, they hope to raise awareness for women who have been marginalised because of their ethnicity, class, sexuality or disability.

How did it start?


It’s difficult to say exactly when IWD (as it’s known) began. Its roots can be traced to 1908, when 15,000 women marched through New York City demanding voting rights, better pay and shorter working hours. A year later, the first National Woman’s Day was observed in the US on February 28, in accordance with a declaration by the Socialist Party of America.

In 1910, a woman called Clara Zetkin – leader of the ‘women’s office’ for the Social Democratic Party in Germany – tabled the idea of an International Women’s Day. She suggested that every country should celebrate women on one day every year to push for their demands. A conference of more than 100 women from 17 countries agreed to her suggestion and IWD was formed. In 1911, it was celebrated for the first time in Austria, Denmark, Germany and Switzerland on March 19. In 1913, it was decided to transfer IWD to March 8, and it has been celebrated on that day ever since. The day was only recognised by the United Nations in 1975, but ever since it has created a theme each year for the celebration.

Where are we now?


The first IWD to be officially recognised was in 1911, so the centenary was celebrated in 2011. This year is the 106th. In 2011, former US President Barack Obama proclaimed March to be ‘Women’s History Month’.

Why do we still celebrate it?


The original aim – to achieve full gender equality for women the world – has still not been realised. A gender pay gap persists across the globe and women are still not present in equal numbers in business or politics. Figures show that globally, women’s education, health and violence towards women is still worse than that of men. According to the World Economic Forum, the gender gap won't close until 2186. On IWD, women across the world come together to force the world to recognise these inequalities – while also celebrating the achievements of women who have overcome these barriers.

Is there an International Men's Day?


Yes, it takes place on November 19 each year and is celebrated in 60 countries around the world. The objectives of the day include a focus on men's and boy's health, improving gender relations, promoting gender equality, and highlighting positive male role models. It is an occasion for men to celebrate their achievements and contributions, in particular their contributions to community, family, marriage, and child care while highlighting the discrimination against them. The month of November is also a chance for men to take part in the popular 'Movember' charity event, by growing facial hair for charity sponsorship.
Publié par Aula Cero Idiomas à 11:36 Aucun commentaire:

Can you name five women artists?

Not Everyone Can Name 5 Women Artists, And One Museum Wants To Change That.

But who would you name next? Really, think about it. 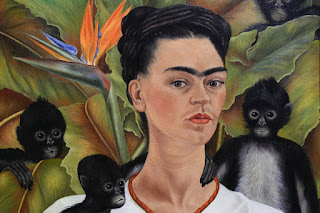 If dozens of male artists’ names are running through your head, you’re not alone. Pick up a fine arts textbook and you’ll quickly understand why it’s easier to remember hordes of Dutch and Italian men than five female artists. Thankfully, with the advent of the internet, you no longer have to rely solely on imbalanced textbooks for your regular intake of art history.

Enter the National Museum of Women in the Arts, which is once again launching its #5WomenArtists campaign on the first day of Women’s History Month.

The NMWA, located in Washington, D.C., describes itself as “the world’s only major museum solely dedicated to celebrating the creative contributions of women.” Beginning on March 1, the museum will use the hashtag #5WomenArtists to challenge social media users to fulfill the prompt and flood the internet with the names of not just five, but hopefully hundreds of iconic women artists who’ve made their mark throughout history.

It’s no secret that statistics tell a bleak story when it comes to representation in the art world. According to the NMWA, work by women artists makes up only 3 to 5 percent of major permanent collections in the U.S. and Europe.

“The campaign’s goal is to reinforce the numerous conversations around the globe about gender parity in the arts,” a representative for the museum wrote in a statement to The Huffington Post.

“When we’ve asked people, they’re often shocked by how difficult it was to name five women artists off the top of their heads,” Amy Mannarino, NMWA’s director of communications and marketing, explained to The Washington City Paper. “We hope that moment of shock will inspire people to share the challenge and start questioning why the disparity exists and persists.”

Last year, nearly 400 art museums, libraries and galleries from 20 countries participated in the campaign, with more than 11,000 individuals joining in across social media. This year, over 150 institutions from 41 states in the U.S., 16 countries and five continents have already signed on as contributors in 2017, helping to spread the #5WomenArtists challenge far and wide.

If you’d like to participate in the hashtag campaign, there are plenty of resources online that can help you to bring awareness to artists beyond Kahlo, O’Keeffe and Kusama. In 2016, HuffPost Arts & Culture published an exhaustive list of 101 women artists who deserve your attention ― and we’ll be updating that list for International Women’s Day this year. Just last week, during Black History Month, we compiled a tribute to nine black women artists who’ve been largely ignored by historians, working with museums to celebrate the individuals present in their own permanent collections.